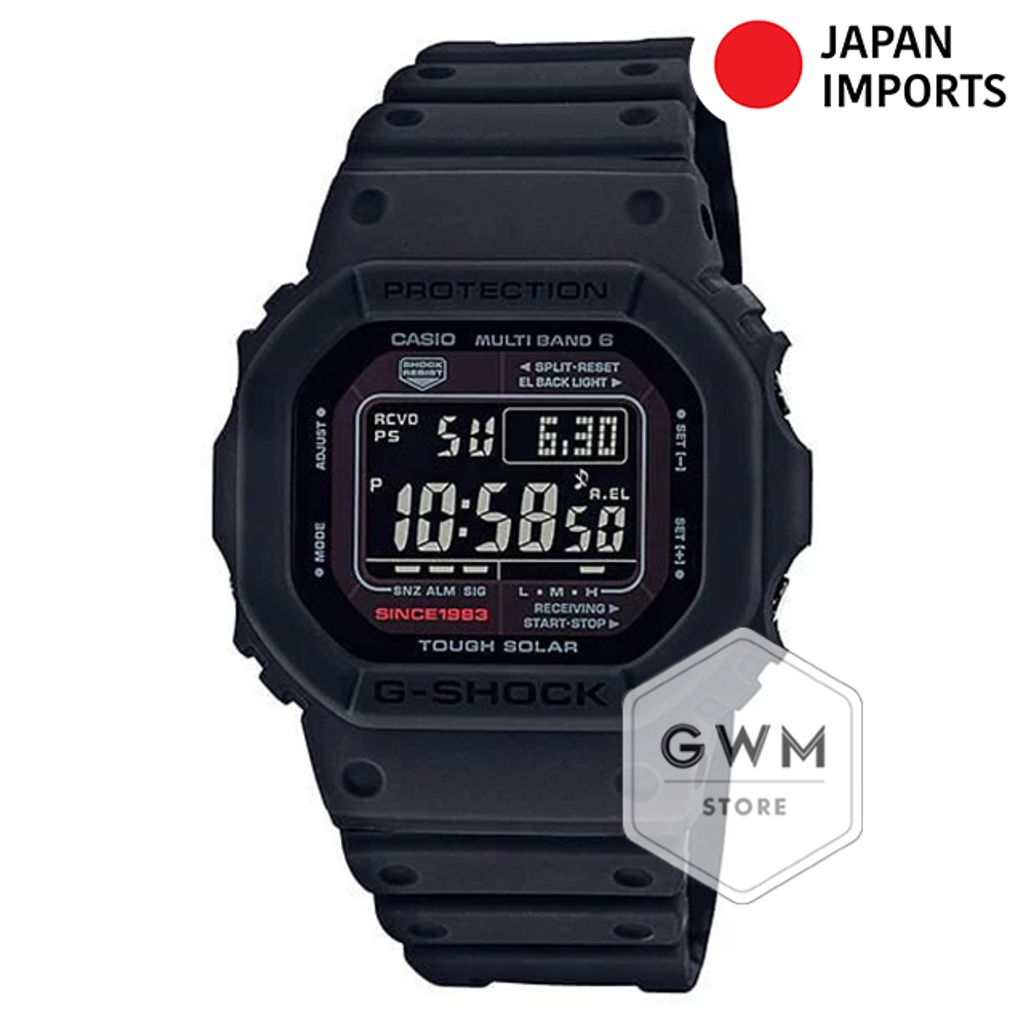 Since its birth in 1983, G - SHOCK, pursuing toughness and evolving, will celebrate its 35th anniversary in 2018. To commemorate it, 35th anniversary special model "BIG BANG BLACK (Big Bang Black)" appeared.

Adopted black as the base color, which is the brand color of G - SHOCK. Using new technology, I stick to thoroughly "black". Adopting the painting technique which grinds the color and gloss sensation visually by mixing the particles into the paint and irregularly reflecting the light. I realized a matte black that I could inhale as yet. I expressed the state of "nothing" before the universe was born to that mat black, and like the instantaneous big explosion of the big bang, with a vivid gold case back. We embodied in "Big Bang Black" to declare that G-SHOCK, which reached the milestone of 35th anniversary since birth, returns to its origin, destroys common sense, and continues to create new value.
Dial and padlock buttons are unified in black, finished in a powerful design with fearlessness. In the case back with gold IP processing, the 35th logo by Eric Hayes was stamped with a star mark expressing "35" on the idle ring, and the quality was suitable for a special model.
For the base model, GW-5000 which inherits DNA of the first machine of G-SHOCK, MUDMASTER GG-1000 from Master of G series, GA-110 / GA-700 popular as the base in various collaboration models, latest model GA of basic model A lineup of five models of -800. In addition, "SINCE 1983" indicating the year in which G-SHOCK was born on the dial of all models is arranged.
Returning to the origin, pursuing "Black" to embody the brand concept "Absolute Toughness", fulfilled the design and color evolution, is the emergence of a special model suitable for decorating the start of the 35 th anniversary.